Though there haven’t been wild grizzlies in California for nearly 100 years, it is our official state animal. It is on our flag. And though it remains a very symbol of who we are, in today’s California, the grizzly bear no longer exists.

The grizzly bear is the iconic representation of a state in flux.

Many of the things that once defined our state, and continue to be used as symbols to represent us, often no longer reflect the reality. The facts on the ground have changed. The grizzly serves as a constant reminder of that change and evolution.

California’s dynamism means we also have to constantly update our understanding of who we are to help us see where we are heading as a state. That is the goal of the Grizzly Bear Project.

California is an idea in the American psyche. It is like America only more so – the end of the frontier, the realization of manifest destiny. But it is also El Norte for millions who have come from Mexico and Central or South America, or an Eastern horizon for the those seeking opportunity from Asia.

It is also a harbinger of things to come.

As of last spring, Latinos outnumber whites in California, making us one of two states in the nation with a Latino plurality. And while we are well on our way to becoming a majority Latino state over the next generation, the changing face of California is more complicated than that.

Most of our new immigrants come from Asia, not Latin America. There is actually a zero net migration between California and Mexico, as a booming economy there has attracted many return émigrés and their children who have been educated and prospered in the United States.

California is changing so fast, it can be difficult for us to understand ourselves. The new California is unlike any other society the world has ever seen, and has its own sets of challenges.

Through storytelling, journalism, aggregation and data-driven projects, this venture seeks to document some of that change and highlight some of those challenges, and examine how and whether California’s policy makers are properly preparing for what lies ahead.

By taking a ground-floor look at how California is changing, we can better prepare ourselves for our future. This venture is about examining those changes and exploring what they mean for California. The Grizzly Bear Project is my effort to  gather and add to the journalism being done documenting that change and  provoke a thoughtful discussion about California’s future. We’ll see how that goes.

As we have become more ethnically diverse over the last three decades, we have seen dramatic political changes. These new Californians do not have the same anti-government beliefs of their white working class counterparts of the last several decades.

A different approach to government and its role will shape California for the generations to come.

When Pat Brown was governor, roughly 9% of California’s population was foreign-born. Today, about 27% of Californians are immigrants. More than half of California’s children have at least one parent that was born outside the United States.

Poverty rates are higher among these immigrants, and many lack the skills needed to thrive in the information economy. At the same time, many service jobs do not pay a wage that can sustain the daily costs for a family.

But we are also, more than ever, a state of natives. For the first time since the Gold Rush, California-born residents now make up the majority of residents statewide.

How do these new natives and immigrants coexist, and what are the implications for the future of our state?

California is in the throes of a fundamental transformation – technology, globalization and environmental concerns have put pressures on the old industrial economy, not just in California, but across the developed world. What new opportunities are being created amid this shift, and what role can Sacramento play in helping to build an economic engine that drives the new economy?

Other demographics are driving more changes in our economy. As life expectancy increases, there will be increased demand for elderly services. At the same time, people are living and working longer, creating additional pressures on the job market. They are also increasingly competing for government services with younger Californians (education makes up half the state’s general-fund spending).

How will we adjust to the increasing demands on the state for those services? And will the tax base of the next generation of California workers be enough to support those services amid a changing jobs landscape and downward wage pressures?

Income inequality is part of the issue, but that loaded term does not capture the entirety of what we face. And in California, there is an undeniable ethnic component to this discussion. The door to the middle class is slamming shut just as a wave of first and second-generation Latinos were next in line to walk through.

I am a believer in the idea of California, and am hopeful that it can endure and thrive during this transformation. But much of this site will be dedicated to exploring whether  our sense of California-ness, our California identity, is strong enough to overcome the changing ethnic meaning of what it is to be a Californian.

Can California, the idea of California, overcome these new obstacles and retain its place in the global conscience as a place of possibility, reinvention and opportunity?

My hope is to tell some of these stories through data and through narratives, through charts, maps, interactive tools and provocative story telling, compelling interviews and a thoughtfully curated public discussion. I will be collecting stories and research from around the Web, universities and think tanks — and comments and feedback from readers. The suggestion box is always open.

This is a passion project for me. It’s a hobby dedicated to something that I care deeply about, and that I’m convinced is important. I look forward to learning more about my home state and sharing some findings, thoughts and observations with anyone who wants to listen and participate.

Thanks for reading, and stay tuned. More to come. 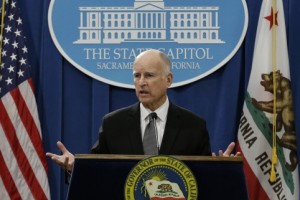