Attorney General Kamala Harris is expected to announce her candidacy for U.S. Senate on Tuesday, setting off what could be a wild scramble for the first open Senate seat in 24 years.

Or will it? Other candidates are looking at the race, including former Los Angeles Mayor Antonio Villaraigosa. But Harris may have a head start, and not just because she’s announcing her candidacy first.

As I wrote in Capitol Weekly last spring, “Los Angeles County is home to more than 26% of all Californians. But when it comes to running for statewide office, being from Los Angeles may be more of an obstacle than a political advantage.”

“While the people may be in Los Angeles, the largest chunk of the state’s voters – those who actually cast ballots — come from the nine counties in the San Francisco Bay Area.

“The gap between Los Angeles and the Bay Area is even more pronounced in primary elections, and more so among Democrats.”

In an upcoming story, we’ll take a closer look at why voter turnout in the Bay Area is higher than in Los Angeles.

But for now, these are all facts to give Villaraigosa pause before jumping into the Senate fray, especially if governor is the job he really wants.

Of course, Bay Area billionaire Tom Steyer is also considering a run, which could change the equation in the way that only money can. But in a Harris vs. Villaraigosa battle, it may be the attorney general that has the early edge.

You can read the entire Capitol Weekly story here 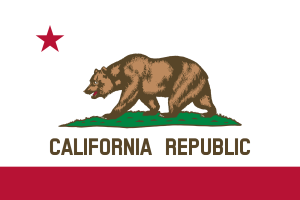 Though there haven’t been wild grizzlies in California for nearly 100 years, it is our official state animal. It is on our flag....
COPYRIGHT 2015 GRIZZLY BEAR PROJECT
Back to top