During his press conference outlining his new $164.7 billion state spending plan, Gov. Jerry Brown made extensive remarks about Californians living in poverty, and the challenges the state faces in dealing with those who continue to struggle economically.

As California’s budget has recovered, statistics show nearly 25% of the state still lives in serious economic stress. In recent years, Brown has received criticism from liberals, including Sen. Holy Mitchell, and conservatives alike for failing to do more about poverty, or even talk about the issue in public.

What was clear to anyone listening to the governor respond to reporters questions on the issue on Friday is that Brown has thought deeply about the state’s poor. He had cultural references and statistics at his fingertips when he got questions on the issue, and gave long, thoughtful responses to the queries.

The answers were illuminating of Brown’s philosophy on politics and poverty, and hinted at Brown’s personal beliefs that suggest there are limits to what government can do. Brown also made clear that he sees education as a path out of poverty, and believes that his plan to send more money to poor students and English learners in public schools might help mitigate some of the effects of economic hardship.

But to Brown, government has its limits. He bristled at a question that suggested welfare was intended to lift people out of poverty. To Brown, it seems government can offer some assistance and open a path out of poverty, but it is ultimately up to the individual to persevere and steer him or herself down that road.

Healthcare coverage is also a major part of the discussion – and a place where Brown has made significant investments in state-sponsored programs. In the next budget year, California will have 12.2 million Medi-Cal recipients at a cost of $95.4 billion in state and federal dollars. California expanded its eligibility for the program under the Affordable Care Act, which provides that the state will pay 100% of the costs for childless adults enrolling in the program until 2016, tapering down to 90% over the following decade.

His comments on Friday revealed something Brown didn’t show too often in budget talks during his last term in office – a glimpse of Brown the idealist. They also showed the governor trying to strike the proper  balance  between that idealism and his sense of obligation as the state’s fiscal steward. They show a governor dealing with a massive problem that he has wrestled with, but is not empowered to solve on his own.

Brown discussed everything from the global economy to wage pressures to the types of jobs being created in post-industrial California. He noted that many college graduates are paying $40,000 per year for a degree, but making less than that per year in their jobs and “can’t even afford to move out of the house. These are challenges,” he said. “I don’t have all the answers for that. I don’t think that anybody does.”

Unlike past years, the introduction to Brown’s budget contains a section dedicated to “Addressing poverty and inequality.”

“While the state’s economic condition has improved since the Great Recession, the increase in wages and salaries has been uneven – with much of the gains being made by the state’s wealthiest residents.”

The budget cites the state’s “extensive safety net for the state’s neediest residents” and notes the state does more than others in the union to provide services for the poor.

“More can be done,” the budget states, noting that additional investments in education and workforce training “are intended to provide training and education to workers in California so they can develop the skills they need for self-sufficiency and greater personal advancement.”

Here are Brown’s comments from the press conference:

“There’s a habit and a belief that the government is the engine of allocating the wealth, increasingly, and redistributing it. Well, we have to rein that in and work on a way to sustain that over the long term…

“That’s why we did the local control formula. That’s why we expanded the Affordable Care Act. That’s why we’re investing millions in workforce investment act. I looked at the budget, the amount of money that’s going to low-income Californians. It’s about one-third of the budget. It’s close to $40 billion of the general fund budget. If you take the federal funds that come in as well, you’re looking at about $120 billion to deal with low income people, whether it’s child care or CALWorks or in home support services – all that stuff.

“So yeah, it’s an issue and something you’ve got to think about. The idea of poverty really was brought home for the most part beginning in 1961 in the book, The Other America. Then Johnson started the War on Poverty.

“Before that, President Roosevelt talks about forgotten Americans … so this is an issue that is part of America, it’s part of the struggle of modern individualism, capitalism, stratification – it’s there. And I would say that California does more than most states to mitigate that.

“But these structures that we all live within, are in part local but they are also in part global. And how you affect them is even challenging for the federal government as they are for the state government. But I would say given our investments, even in community colleges where we have fee waivers for 70% of the people, we have a lot of pathways that can help people. But low-income status adds stresses, breaks down families, creates adaptive reactions that can be very discouraging and not stimulating for people to advance as much as they might like.

“You get trained, and you develop the skills and wherewithal to become plumber, yes. But we do have quite a safety net. I’d say $123 billion is pretty substantial. One-third of the budget of the general fund. And remember the federal funding wouldn’t be here if we didn’t address on our share.

“It’s a question of priorities…

“I look at the aggregate. In the aggregate, the liabilities are exceeding the surpluses that we’re looking at.

“In terms of poverty, I moved to Oakland, which is a city with a lot of poverty – more than the state. In general, while I was the mayor, I met and came in contact with low-income people of many persuasions. I personally drove mothers to find shelter at night who came and knocked on the mayor’s door at city hall. I went to Calcutta, India, I worked at the home for the dying. I think I do have a sensitivity to people’s difficulties in life.

“But I do think looking back at history, starting with the War on Poverty, and look at all we’re spending now and just in two years, we added 4 million people to full healthcare and then somehow it’s ‘ok, now what’s next?’

“The trouble with, “Now what’s next?” is the inevitable pressure for more taxes, and I don’t know that the people are going to vote for them. And so I’m trying to create some balance. There’s always someone in need…and we’re doing quite a lot, more than most states…

“We’re doing a lot of things. There’s the federal income tax credit, there’s housing vouchers, there’s the minimum wage, there’s Medi-Cal, there’s CalWORKS. These are all efforts that we’re doing, and it’s all a balance. And we’re in a state, and ultimately … I think I’m representing a fair balance. And I would say 1/3 of the budget is a significant contribution, particularly when we have all these other needs…

“I suppose until we have a more equal society, you’re always going to be able to make that statement. But that’s not the way the system operates. If you look all around the world, yeah, England, France gives more income support. In fact, we had an income distribution commission in the 1960s that no one even remembers. My father was on it . The whole notion was maintain income.

“And I was just reading the Kerner Report over the weekend, and there was a quote by Sen. Robert Taft some from years before … So these are all issues that have been around for a long time, and I think we’re going a great job in California. “Comparatively, we’re going much more than other states and we will continue to do as much as we can…

“I can tell you one of my grand nieces is still living at home, making $30,000 working for some so-called high-tech business in San Francisco after graduating from USF certainly doesn’t feel that she’s getting paid enough. So it’s a big challenge.

“I say we’re not going to adopt a socialist system with Leninism and all the rest of it. So, where are we going? France and Germany, they’re all in retreat. This is a challenging point. The modern economy is based on individuals, with most of the money moving towards the top. That’s the system. And we try to mitigate that. But I would say the country is moving more to the right.

“I look at more Republicans in Wisconsin, to the shift in … Illinois and Massachusetts, I’d say the mood is toward less interference in the private economy. In California, we’re not going along with that. We’re doing a lot of creative things on the environment, and minimum wage and workforce training and supporting collective bargaining in the public sector and in the private sector with project-labor agreements, all of which creates funds. But in a society organized as it is, you do have stratification. And hopefully, those wages will go up. As the economy expands, the pressure on labor to hire intensifies and the wages get pushed up. For whatever the reason there’s been a slack in the labor market, that keeps wages down, but that doesn’t last forever…

“Remember, California has a pretty generous tax structure. We have a very robust public sector investment, we’re very sympathetic to all the different groups that are pushing for a more equal society…” 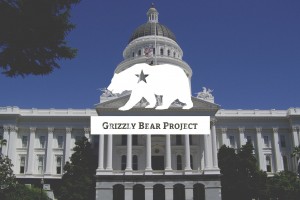 As American policy makers begin to focus on growing income inequality, both in California and across the country, the wealth...
COPYRIGHT 2015 GRIZZLY BEAR PROJECT
Back to top