Gov. Jerry Brown is at the Vatican this week, where he will join Pope Francis and leaders around the globe for a climate-change conference.

The gathering weaves together threads throughout the governor’s life which have all shaped him in profound ways. And it brings into focus the quest for legacy in a politician who, more than any other individual, has been at the heart of state politics for nearly half a century.

Before Brown was an elected official, he was a student at a Jesuit seminary at Sacred Heart Novitate in Los Gatos. He ultimately abandoned the priesthood, was released from his vows, and assumed his fate as a California political scion.

Brown is also a three-time failed presidential candidate. He first ran for president in 1976 at the age of 37, a fresh-faced governor of the nation’s most populous state and a disruptive force within the Democratic Party.

Brown never achieved his ultimate political goal. But as he returned to the governor’s office in 2011 after a 28-year absence, the entire enterprise had something of a redemptive quality to it. The former Enfent Terrible was now the tribal elder, using the type of insight and expertise that he decried as a younger man to help guide the state back onto stable financial ground after decades of mismanagement and misfortune.

Shakespearean stuff, to be sure.

I covered Brown’s third term as a reporter for the Los Angeles Times. I came along during his first trip to Washington after he was reelected governor, nearly two decades since he’d last run for president. The White House remains Brown’s Waterloo, the manifestation of his most obvious political failure in a career that has been marked with so much success. From the South Lawn, he reflected on visiting Washington, as governor once again.

He allowed at that time that one is never really cured of Potomac Fever, but that he had come to terms with the fact that president was likely not in the cards for him. But he was also beginning to realize that he could still have a profound impact from his station in Sacramento – an impact that would stretch beyond California’s borders. The key, he said, was to be focused on governing the state, and not fall victim to Washington’s siren call.

During his first eight years as governor from 1975-1983, Brown ran for federal office three separate times, and was on the campaign trail more than he was in the state Capitol. He was distracted, and he delegated. Mistakes were made. He was determined not to make those mistakes again.

So, Brown focused on the budget, pushing for deep cuts to state programs, and convincing voters to approve a tax hike. But during that third term, Brown also picked up the climate change mantle from Gov. Arnold Schwarzenegger. Like the Austrian-born Republican, Brown found in environmentalism a way to be relevant on the national and international political stage, even if he couldn’t ever be president.

In 2013, Brown went to China, making a series of speeches on the environment, and negotiating climate deals with high-ranking Chinese officials. He signed memoranda with leaders from other countries and other states to establish a cap-and-trade market and carbon-reduction goals. At home, he pushed legislation to increase requirements for renewable energy and championed a politically unpopular bullet train project – all in the name of saving the world.

It’s fitting, and perhaps telling, that Brown wanted to be a priest before he wanted to be a politician. There is a connection with his current environmental ambition and religious thinking. Both are based on things that most people cannot directly see or touch. In embracing the science of climate change, there is a measure of faith involved, as well as a connection to something transcendent, something larger than the individual himself.

This week, the man who once wanted to be a Jesuit priest will head to the Vatican to meet with the first Jesuit pope. Both men have, in their own ways, been transformative figures who have embraced the cause of climate change as a call toward salvation – a call that is as political as it is humanitarian.

Jerry Brown is at home amid that texture, that depth, that richness. This convergence of climate and Catholicism is in many ways the culmination of a political career that has spanned six different decades, and an ultimate reminder that you don’t have to be in the White House to be a relevant, or even historic, political figure.

In 2013, after an electric car expo in San Francisco, Brown said that he was empowered by the realization that he could have an international impact from his perch in Sacramento. And he did it in a very Jerry Brown way, quoting a Greek mathematician from the 3rd Century B.C. “California may be the lever,” Brown mused. “Archimedes said if you give me a place to stand, I can move the Earth. We’ll see if that still works.”

For more on Jerry Brown’s trip to the Vatican, check out this week’s KQED California Politics podcast. 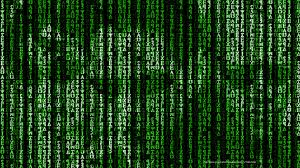 OK, it’s been a while since we did this, but it’s about time for a check in with the California Influencers Index. The index,...
COPYRIGHT 2015 GRIZZLY BEAR PROJECT
Back to top