OK, it’s been a while since we did this, but it’s about time for a check in with the California Influencers Index. The index, powered by software from Zignal Labs, tracks all Twitter mentions and activity of a select list of California political insiders, including elected officials, lobbyists and members of the media.

Let’s start with the month of March, which was dominated by vaccine talk. The anti-vax movement is active online, and we see the results of that activity in the word cloud below. Specifically, the demise of mandatory vaccination bill in Oregon dominated the chatter as California lawmakers debated SB 277. Again, this word cloud for all Tweets that came from or included mention of Twitter handles for the month of March: 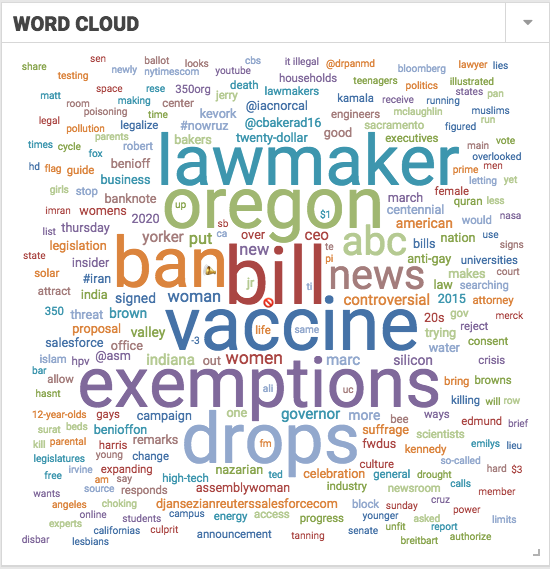 By April, the conversation had changed dramatically. Here’s the word cloud from the same Twitter list from April 1-21:

Our most popular Tweets for the month of April include a familiar mix of media, elected officials and celebrities. They include posts from the Los Angeles Times, Jerry Brown and Mark Ruffalo: 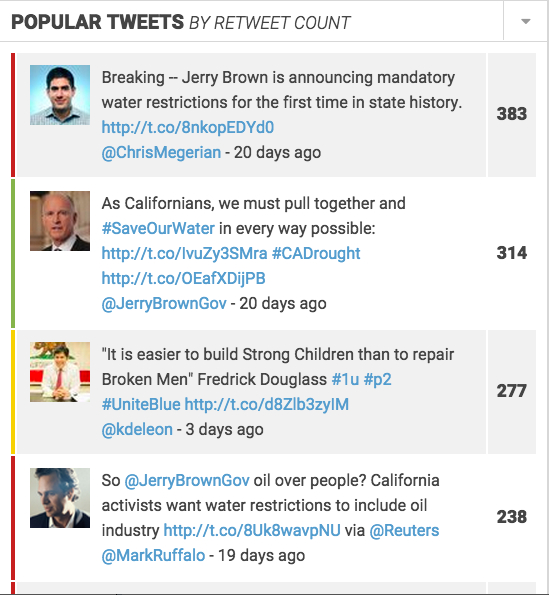 Gov. Brown’s announcement of mandatory water restrictions on April 1 led to the busiest social media day of the week on our index, with more than 7,700 mentions and retweets from the 300 members of our index. Here’s a day by day chart of Twitter mentions and activity for the month of April: 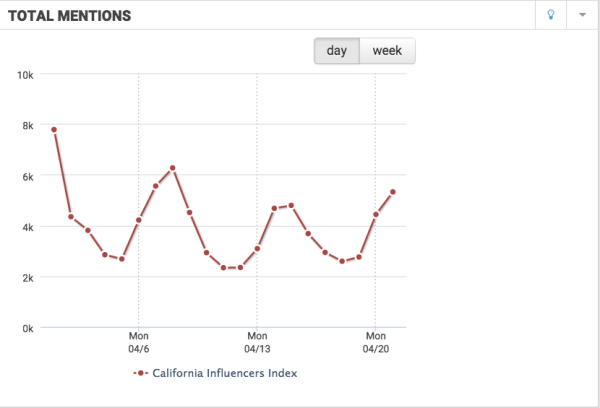 Also, we are looking to update the list of Tweeters on the Influencers Index list. If you have nominations of someone who should be on the list, please email their Twitter handle to me
here 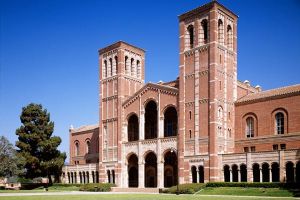 Rising university tuition costs have been a hot topic in California, where Gov. Jerry Brown and state lawmakers have tangled...
COPYRIGHT 2015 GRIZZLY BEAR PROJECT
Back to top