It’s hard to know whether a new initiative filed with the attorney general’s office last week is the latest frivolous ballot proposal destined to fall by the wayside, or an important new contributor to the debate over long-term tax reform in California.

The 47- page proposal, backed by a group of child-poverty advocates and filed by a big-time Democratic political law firm, is the latest entrant into the tax reform discussion that is beginning to heat up, or at least warm up, inside the Capitol.

The initiative proposes increasing property taxes on properties of $3 million or more, while keeping other key Proposition 13 protections in place. Normally, when we hear about property tax hikes in Democratic circles, we’re talking about the so-called split-roll increase on commercial property taxes. This is something different.

The initiative seeks to raise money for education and welfare programs aimed at reducing child poverty — a laudable goal given the latest poverty numbers for California kids. But it may be most noteworthy for the way it seeks to raise the funds, not spend them. This is the kind of progressive property tax that I wrote about in this space months ago.

Current state property-tax rates are capped at 1% of a property’s assessed value. That 1% is a cap set by Proposition 13. (Counties can add their own local taxes on top of that 1% if they are approved by voters.)

Prop. 13 also sets a formula for assessing property values, typically lower than the retail price paid, and ensures that figure is locked in for as long as you own your home or other property. (For more on state property taxes, see the Legislative Analyst Office’s helpful 2012 primer).

This new proposal creates a tiered system of property-tax hikes for homes and parcels worth $3 million or more. It creates for property taxes something similar to the kind of escalating tax formula Proposition 30 established for levies on income of $250,000 and higher.

So, how much more would high-value property owners have to pay? Under this plan, the owner of a property with an assessed value of $5 million would pay an additional $500 per month.

This tax proposal, like all of them, creates winners and losers and would hurt certain industries disproportionately. Developers, for example, who buy, sell and develop multi-million dollar properties would be hard-hit by this new tax, and I would imagine they’d have some serious objections to it. Warehouse owners would also be hard hit, as would any business that involves a large real-estate footprint in California. Retailers, manufacturers and restauranteurs could all be negatively impacted.

But it’s worth talking about the good, the bad and the ugly of this proposal. If this initiative goes forward, it will prompt the LAO to conduct a fiscal analysis of the plan. It would also be the subject of legislative hearings, which would at least begin the process of publicly workshopping this and other tax ideas. It will give us the opportunity to hear from all sides about the merits and potential consequences of the proposal, and begin the public phase of the tax reform discussion.

Given the potential negative impacts on businesses, the political viability of this proposal is obviously a major question mark, to put it kindly. But part of the political appeal of this type of approach would be the notion of capturing more revenues from wealthy, out-of-state property owners who take advantage of our state’s comparatively low property taxes, while paying no employer or income taxes. Let’s call it the Mitt Romney effect.

Under this plan, someone who, for example, owned a $12 million home with a car elevator in La Jolla but did not pay any state income or business taxes would pay an additional $2,850 in state property tax per month (in addition to any local property-tax assessments). The taxes would continue to be based on the home’s assessed value of $9.4 million.

(For what it’s worth, the hypothetical homeowner in this case would be able to deduct his or her new state tax from his or her federal tax return, reducing by thousands of dollars the amount of annual federal tax that person would pay.)

Backers of the plan say it would raise about $8-$10 billion annually, roughly the amount that will be rolling off if Proposition 30 were to expire. If this proposal were to replace Proposition 30’s top income tax rates, it’s likely that many of the residential property owners impacted by the new tax would receive an even more-substantial income-tax cut.

The proposal is also a nod to another important part of the tax debate — budget stability.

Property tax revenues over time have been far more stable than income-tax receipts, which fluctuate wildly form year to year. That lead to decades of roller-coaster budgets in Sacramento as lawmakers struggled to cope with the dramatic swings in the state budget.

A more informed California is preparing to wrestle with its fiscal future as Proposition 30 taxes roll over the next four years. The real impact of Prop. 30’s expiration comes in 2019, the year Gov. Jerry Brown leaves office, when the measure’s higher taxes on upper-income earners expires.

Many Democrats fear 2019 looms as a fiscal cliff for the state, as we gird ourselves for a reduction of somewhere in the neighborhood of $10 billion in annual revenues. The governor’s office has maintained the state will be on more stable ground because of the reduction of state debts, the building up of state reserve funds under Proposition 2 and overall budget growth.

Behind the scenes, maneuvering has begun about what, if anything to do about the end of Proposition 30. Some argue the revenues were only needed to get us out of the dark budget times and should be allowed to roll off, even if that means paring back government services. Others say the money is needed going forward to fund core state and local services.

Democratic interest groups inside the Capitol are near unanimous about the need for sustaining revenues, but there is less agreement on the best path forward. Gov. Brown has said repeatedly said he opposed a Prop. 30 extension, but that hasn’t stopped labor groups from trying to hammer out some kind of high-bracket income tax hike proposal.

Others like Sen. Robert Hertzberg, have suggested tax reform that includes a sales tax on services. The tax discussion will contain all these ideas – old and new – about the best way to ensure long-term budget and fiscal stability for the state, and how California should begin to prepare fiscally for the post-Jerry Brown era. 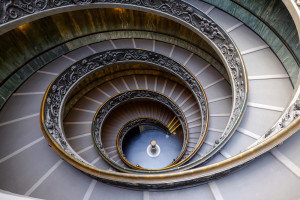 Gov. Jerry Brown is at the Vatican this week, where he will join Pope Francis and leaders around the globe for a climate-change...
COPYRIGHT 2015 GRIZZLY BEAR PROJECT
Back to top