California is a state in flux, and among the things that are changing is the face and nature of its poor people.

Today, there are about 9 million Californians living in poverty. A majority of them live in the suburbs.

The growth in suburban poverty is part of a national trend. Today, the nation’s poor are more likely to be found in suburbs than in rural areas or cities. Suburbs are also where poverty rates are growing the fastest.

There are 3 million more people living in poverty in suburbs than in inner cities, according to a 2013 study by the Brookings Institution. Poverty is growing in places that do not have the infrastructure to help the poor get the services they need. The nature of sprawl can make it even more difficult for people to get to jobs and social services, and creates new challenges for those trying to find economic opportunity for themselves and their families

In many ways, the issues of suburban poverty have been with us in California for decades. The layout of Los Angeles, and the nature of poverty in our largest city, has always been somewhat suburban, a function of low density throughout the city, which was largely developed in the post-automobile era. Now, Stockton, Modesto, Fresno and Bakersfield are all among American suburbs with the highest levels of poverty.

“This is where poor people live now, and this is where they are going to live,” said Alan Berube, an author of the Brookings Institution study, in an interview with the New York Times. “When poverty moved out of the inner cities it didn’t just go next door, it went 30 miles away. But at the time those families might not have been poor — they were just chasing the middle-class dream. Then, boom, that evaporated.”

Last year, the New York Times looked at how poverty is growing in the Inland Empire, where poverty numbers are among the highest in the state.

What are the implications of poverty sprawl? These neighborhoods that were designed to meet the post-war middle class ideal have become instead isolated areas that remove the poor even further from our everyday lives, as our cities gentrify at a rapid rate.

Is suburban poverty fundamentally different than urban poverty? How is the changing face of Californian poverty changing the ways we should be addressing the problem?

Later this week, I will post a conversation with the New York Times’ Jennifer Medina, a national correspondent for the New York Times and a Riverside native who returned to her home county in 2014 to chronicle the rise of poverty in parts of her hometown. We discuss these questions, and what she saw when she returned home to document how it has changed.

You can watch the video that accompanied her story below. 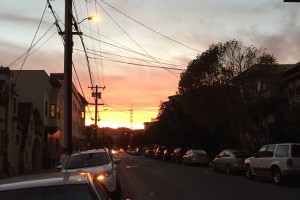 This week, we introduce the Grizzly Bear podcast, an audio exploration of the news and issues facing California. For fans...
COPYRIGHT 2015 GRIZZLY BEAR PROJECT
Back to top