Momentum is building for a higher minimum wage. Already, 14 localities in California have passed local ordinances that call for a higher wage than the state minimum, with more local ordinances on the way. The state wage is set to go to $10 per hour on Jan. 1, but there is a strong political push — both in the Legislature and among ballot initiative proponents — to set that wage as high as $15 by the end of the decade.

Earlier this month, Gov. Jerry Brown’s top aide, Nancy McFadden, when asked about the administration’s on-the-record opposition to efforts to raise the minimum wage, pointed out that a $15 minimum wage comes with a multi-billion price tag for state government.

That’s because the state employs thousands of minimum wage workers. Many of these workers provide in-home support services. In short, they are low-wage workers providing essential services for families that are often struggling themselves economically. To offer the same level of service, the state would be on the hook for billions more to provide these and other needed services.

This is also true in child care. While most are not state employees, many women — are we are overwhelmingly talking about women when we talk about childcare workers — who provide care for young children make less than $15 per hour. And yet, they provide services that working families need to that parents can work themselves. A higher minimum wage offers the workers a needed raise for a more livable wage, but also increases cost pressures on working families who often struggle to find affordable care.

In some cities, local minimum wage increases have not been followed by increased government support or funding. That means child care facilities, and the families who depend on them, are being squeezed.

It’s an important issue for policy makers who are contemplating a higher minimum wage. The central question remains how do we ensure workers who deserve a raise receive a higher wage while also making sure that families that rely on certain core services are not priced out of the market, or otherwise find themselves with reduced access to things like child care and health care.

In a recent story for CalMatters, I spoke with Rich Winefield, executive director of BANANAS, an Oakland-based nonprofit that connects families with childcare providers, about how the higher wage mandate on its own is creating some unintended consequences for working families.

“There’s definitely a missing piece,” Winefield says. “The piece is the state subsidies. There are currently subsidies for families who meet the income requirements, which are already very stringent.”

You can read the entire series by myself and Pauline Bartolone on the minimum wage and the working poor here. 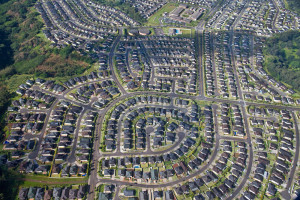 California is a state in flux, and among the things that are changing is the face and nature of its poor people. Today,...
COPYRIGHT 2015 GRIZZLY BEAR PROJECT
Back to top