OK, I’ve been meaning to do this for a long time, but finally got around to it. We all know that California is now a majority non-white state, and that Latinos make up a plurality of California residents.

But I’ve always wanted to pull the data on the ethnic and racial breakdown of Millennials.

At long last, I spent some time monkeying around with the Department of Finance demographics site and putting my amateur Excel skills to work, and finally have some numbers.

The word “Millennial” gets thrown around a lot. I know in my own house, the phrase “F***ing Millennial” has become something of a catch phrase, the vernacular usage similar to how one would use the phrase “Thanks, Obama” in a slightly different context.

The idea of this little exercise is just to help round out a picture of who we are talking about when we talk about the generation that now, according to the Department of Finance, is not only the largest cohort of our population, but also our workforce. In a state of 39 million, roughly 12.4 million were born between the years of 1982 and 2004. That’s a lot of Millennials.

As a Gen Xer, it pains me to realize that ours is just the micro-generation caught in between the Boomers and the Millennials. It is between those two groups where the real cultural and social conversation will take place. Me and my flannel-wearing cohorts will just be hanging in the corner discussing the virtues of fair-trade coffee, or street tacos, or whatever the hell we talk about.

A quick word about the data and the methodology. The numbers are taken from the State of California, Department of Finance, Race/Ethnic Population with Age and Sex Detail, 2000–2010. Sacramento, California, September 2012. As for what constitutes a millennial, I used the definition from researchers Neil Howe and William Strauss, who set the parameters as those born between 1982 and 2004.

Quibble as you will, and by all means, take a look at the data yourself, but the larger truths hold. So without any further ado, there is the ethnic and racial breakdown of California Millennials.

For those who perfer lists and percentages, here’s the breakdown:

For you data nerds among us, the Dept. of Finance breaks down the data for every single age and race. So, for example, you can see how many California Latinos were born in 1992, or how many California Asians were born in 1997, etc. What’s striking about the year-by-year data is you can see the trends clearly: The number of non-Hispanic whites in California is declining steadily and annually – every single year since 1980. Trends for Asians and Latinos are moving in the opposite direction. 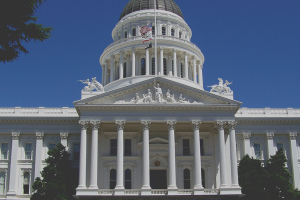 Momentum is building for a higher minimum wage. Already, 14 localities in California have passed local ordinances that call...
COPYRIGHT 2015 GRIZZLY BEAR PROJECT
Back to top