Could our growing inequality be connected to the very type of economic activity that is driving innovation and the new economy?

That’s the suggestion of a provocative piece by CityLab’s Richard Florida.

“But what exactly is the connection between inequality and economic growth? Do economic success stories always have to be connected to inequality?”

The short answer, writes Florida, is no. But the solutions he suggests may not find much political support in the United States. Florida distinguishes between “a low road path found in the U.S. and UK, where economic growth comes with relatively high levels of inequality. But on the other, there is a high road path, taken by countries like Sweden, Finland and Denmark, where economic growth goes together with substantially lower inequality.

“Cities and nations face a choice about inequality,” he writes.  “They can permit the gap between the rich and poor to gape even wider, allowing those at the bottom to fall through a porous safety net. Or they can take the high road, combating inequality through redistribution and other mechanisms without giving up their growth.

An analysis from Business Insider found that the U.S. has both a revenue and a spending problem.

But, the piece also found that “today’s income tax rates are strikingly low relative to the rates of the past century, especially for rich people.  For most of the century, including some boom times, top-bracket income tax rates were much higher than they are today.”

Here is a history of the top federal income tax rates for individual earners since 1920s.

High tax rates did not necessarily lead to a faltering economy. During the 1950s and early 1960s, for example, the top bracket income tax rate was higher than 90%, and the economy, middle-class, and stock market boomed. But it’s also true that the dramatic cuts in the upper tax brackets during the Reagan years — from 70 to 28 percent — helped pull the country out of recession and into the booming 1980s.

Clearly, our economy, and our politics, has changed dramatically over the last several decades. It does little good to pine for the 90% tax brackets of the Eisenhower years. With the increased globalization of the economy, it is easier for those high earners to relocate and opt out of the U.S. tax system altogether.

If relatively lower income tax rates are here to stay, what new policies can help drive economic growth and spread the benefits of that growth to a larger number of people?

During the Reagan years, the top federal income tax rate for went from 70% to 28%
Tweet This

California cannot solve these national and global problems on its own. And as we know from our experience, dependence in high income taxes carries with it a series of risks. The booms and busts of the state budget over the last 25 years directly correlate to the rise and fall of the stock market, and the fortunes of high-income earners.

But these charts do provide some context for us as we wrestle with our new reality, and try to understand how we got here and what may be done to make our society more stable and more equitable. 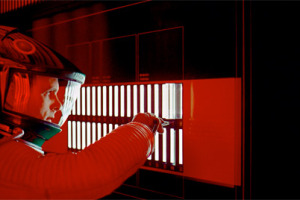 After a busy first half of January, calm and normalcy has been restored in California politics, and the Tweets of our California...
COPYRIGHT 2015 GRIZZLY BEAR PROJECT
Back to top