California a majority Latino state? Not so fast…

California is no longer on track to become a majority Latino state – at least not before 2060, according to projections from the state Department of Finance.

Demographic estimates are constantly updated, but recent projections about the state’s population had us becoming a majority Latino state before the middle of this century.

The slower projected growth of the state’s Latino population – due to a number of factors including improvement in the Mexican economy, which has led to zero net migration between California and Mexico in recent years — has led demographers to reduce their projections for overall state population growth.

While it doesn’t change dramatically the narrative about our state’s future, it does underscore the volatility of these projections. The complete demographic picture also tells a more nuanced, and I think more interesting, story about the future of the people of California.

But much of our future growth will be Latino – mostly, presumably, the future children of those who are already here. We are expected to be a state of 50 million by 2050, up from about 39 million today. In that time, the state’s Latino population is set to go from 15.2 million to about 23.7 million.

As the state population grows by 11 million people, the Latino population will grow by 8.5 million – nearly 80% of the state’s overall projected growth.

Whites currently outnumber Asians by more than 3:1 in California. Over the next three decades, that ratio will be less than 2:1.

The biggest growth, percentage wise, will be in our mixed race population, which the DOF estimates will increase by 150% over the next four decades.

You can find all the DOF demographic data here

As writer Gustavo Arellano wrote in his recent piece about California’s mixed-race future for Boom magazine: California will become a living, breathing Korean taco: Mexican in structure, Asian in essence, wholly American, and spicy as hell.

Note: Thanks to Dr. Manuel Pastor from the University of Southern California, for pointing me to the DOF statistics

Are soaring pension and administration costs at heart of UC budget fight? 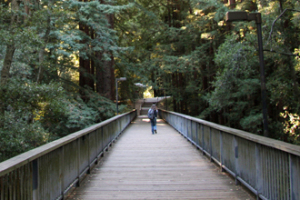 Are soaring pension and administration costs at heart of UC budget fight?

This week, the University of California announced it would cap enrollment for in-state students at some campuses. In the wake...
COPYRIGHT 2015 GRIZZLY BEAR PROJECT
Back to top