Will two Democrats emerge from next year’s ‘jungle primary’?

Under California’s primary rules, it is now the top two vote getters, regardless of party, who advance to the November runoff.

We’ve had one U.S. Senate primary under these rules, in 2012. The results were not good for Republicans.

In that race, the establishment GOP candidate was Elizabeth Emken, who received the official GOP state party endorsement, but found it hard to marshal resources to run a serious campaign to challenge incumbent Democratic Sen. Dianne Feinstein. Even in the June primary, Emken found it hard to break through and only secured 12.6% of the vote.

Because Democrats were united behind Feinstein, Emken’s dismal showing was enough to secure second place. But in a deep Democratic field, 12.6% would likely not be enough to advance to a run-off. Unless Republicans can unify and fund a single candidate, there is little reason to believe any Republican would improve on Emken’s performance. It is highly likely that there were be several Republicans on the ballot (there were 14 GOP Senate contenders in 2012). Without money, they will all remain mostly unknown to the majority of June 2016 voters.

If Republican donors sit the Senate race out, it could boost a second Democrat into the run-off. Many of the Democrats contemplating the race, including declared candidate Kamala Harris, billionaire environmental activist Tom Steyer and former Los Angeles Mayor Antonio Villaraigosa, would be taken seriously by the media and have the ability to raise money. Any of them, or perhaps even all of them, could all wind up finishing above the top GOP challenger.

A November showdown between two Democrats would be unprecedented, and change the way candidates for Senate would have to run their campaigns. It could also give the business establishment and other traditionally Republican constituencies a meaningful voice in a top-of-the-ticket race for the first time since the recall of Gray Davis.

The Playlist: Dreaming, longing and music from gentrified San Francisco

How 2016 could become the Year of the Poor 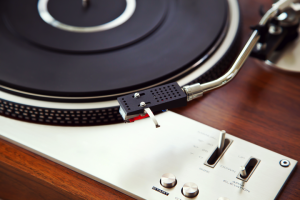 The Playlist: Dreaming, longing and music from gentrified San Francisco

Music has long been one of my passions. For years, I felt like I was leading something of a double life, reporting on politics...
COPYRIGHT 2015 GRIZZLY BEAR PROJECT
Back to top