Seen through a certain lens, California is little more than a collection of calamities and recoveries. The hills here burn and the earth shakes. Today, we find ourselves in the midst of a drought of biblical proportions that is forcing citizens to take sides in the escalating War on Almonds.

The latest scourge facing our state, some say, is a multi-billion dollar tax windfall that some say poses a fundamental threat to the state’s financial future.

That’s right. Only in California (and Biggie Smalls songs) can billions of dollars in new money be cause for concern.

As the controller continues to count the cash this tax season, the warning bells are being sounded from the state’s Legislative Analyst Office, which issued a report this week outlining the pitfalls of economic prosperity.

The analysis runs down a list of scenarios the state may face when Gov. Jerry Brown releases revised budget figures next month. The report finds that the money is pouring in, and there’s little reason to believe it’s going to stop as the state prepares for its busiest personal income tax collection month of the year.

“In the January 2015 estimates accompanying the 2015–16 Governor’s Budget, the administration raised its revenue projections by billions of dollars for 2013–14 through 2015–16, relative to assumptions in the June 2014 budget package. Given the positive state tax collections of recent months, there is a significant potential that these estimates will increase even more in May—particularly for the current fiscal year (2014–15).”

But there’s a catch. “History cautions that such revenue surges prove temporary,” the report warns. “Surprisingly perhaps, these revenue trends pose a risk for the state budget mainly because higher revenues in 2014–15 boost ongoing spending on schools and community colleges under Proposition 98, potentially making it harder for the state to balance its budget in2015–16 and beyond. The factors driving school spending upward now make it more difficult to fund other potential state budget priorities, such as augmentations for non–school programs, debt payments, and budget reserves.”

Thanks to Proposition 98, a temporary spike in revenues permanently increases the state’s obligation to public schools and community colleges. So, if those revenues decline in future years, schools will still be entitled to a larger payout, squeezing health, welfare and other services that are not protected or codified in the state’s voluminous Constitution.

After Proposition 98 was passed by voters in 1988, budget experts marked this phenomenon in the terms of the time. They worried that schools were becoming the in the budget, gobbling up revenues.

To help guard against this budget crisis of video game-like proportions, policy experts crafted Proposition 111, which was put on the ballot by lawmakers and passed by voters in 1990. That gave the state the ability to essentially pay schools their money over a number of years when budget revenues fell.

Still, a debt is a debt, and as Jerry Brown works to pay down one Wall of Debt, the measure Brown crafted in 2012 to rescue the state budget may also inadvertently be helping to build the bricks for the next such wall. Today’s revenue increases are tomorrow’s Constitutionally triggered spending obligations.

But it is worth noting, yet again, that in California, we have crafted a budget system that has risks to state services, even in good times. As the LAO warns, in most hypothetical budget scenarios, “the state would face a budget problem—meaning that spending cuts, revenue increases, or other actions would be necessary to balance the budget in 2015–16.”

You can read the full report here. 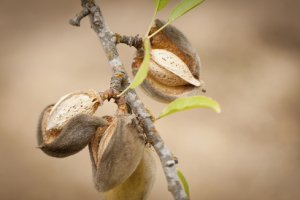 The last several years have been heady ones for the California almond. Bolstered by increased domestic and international...
COPYRIGHT 2015 GRIZZLY BEAR PROJECT
Back to top