Gov. Jerry Brown navigated the perilous political waters of his third term as governor in large part by playing nice with the oil industry. On issues from fracking to taxes, Brown’s engagement with companies like Chevron and Occidental Petroleum shaped his public policies and contributed to his political success.

Now, as lawmakers return for one more month of legislative action, the measure of Brown’s year in Sacramento and the cornerstone of his political legacy may depend on the governor’s ability to outmuscle Big Oil over the course of the next four weeks.

In his January inaugural address, Brown set out ambitious environmental goals for California, including a new benchmark to increase the electricity the state receives from renewable sources. Brown also said he wants the state to cut petroleum use in vehicles by 50% by the year 2030.

Over the next four weeks, the fight over these new standards will be centered on SB 350, a bill being carried by Senate President Pro Tem Kevin De León that would provide the legislative framework for the governor’s goals.

Already, the battle is joined and in full swing. The oil industry has launched a series of targeted mailers and radio spots aimed at pressuring moderate Assembly Democrats and trying to frame the proposal as a state effort to impose driving limits on Californians.

Getting SB 350 through the Legislature will ultimately take some heavy lifting from Brown. Over the last four years, the governor has proven adept at coaxing lawmakers into action, twisting arms when it came time to pass billions of dollars in cuts to social services, eliminate redevelopment agencies, overhaul the workers comp program and prompt action on immigration issues and boosting the minimum wage.

But Brown has also been gentle when it comes to going up against the oil industry. In 2012, he ordered the firing of a regulator who had taken a hard line against hydraulic fracturing.

Brown has benefitted from this uneasy alliance. The governor has received maximum contributions of more than $54,000 from Occidental Petroleum and Chevron for his election bids. When Brown wanted to raise taxes in 2012, Occidental answered with $500,000 in contributions to the Yes on 30 campaign.

Oil companies have also given more than $500,000 to a pair of charter schools in Oakland founded by Brown, according to records from the Fair Political Practices Commission.

This while Brown has made climate change a legacy issue, taking his message around the world – from China to Mexico to the Vatican – while continuing to push trend-setting environmental protections at home.

Activists have pointed out some of these apparent contradictions in Brown over the last several years. In the run-up to his 2014 reelection, Brown was met by anti-fracking protestors at public events around the state.

But now, Brown has set himself in direct opposition to the oil industry – an industry that has, like Brown, proven adept at marshaling the Legislative support it needs in key moments and on important legislation.

The Western States Petroleum Assn., the trade group which represents oil interests in California, has already leaned in on SB 350. Mailers have been sent. Radio spots have been cuts. A full-fledged public-relations battle is underway.

Brown’s ability to pull off this seemingly inevitable political pivot will be the measuring stick by which pundits gauge his legislative success in 2015, and could define the possibilities for his final three years in office as Brown continues to burnish his environmental legacy. 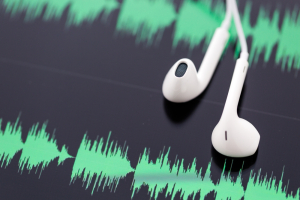 On this week's California Politics Podcast, KQED's John Myers and I discuss the new momentum in the push for a $15 minimum...
COPYRIGHT 2015 GRIZZLY BEAR PROJECT
Back to top